Vitamin D has a good reputation even in the worthy company of other vitamins, having been associated variously with cardiovascular health, strong bones, cognitive health, cancer protection and immune health.

Scientists from the Heart Institute at Intermountain Medical Center in Salt Lake City now claim to have dug up stronger evidence supporting the cardiovascular benefits of vitamin D. They also claim to have more firmly established the link between a lack of the vitamin in the diet and heart disease.

For more than a year, the Intermountain Medical Center research team followed 27,686 people who were 50 years of age or older with no prior history of cardiovascular disease.

The participants had their blood vitamin D levels tested during routine clinical care. They were divided into three groups based on their vitamin D levels – normal (over 30 nanograms per milliliter), low (15-30 ng/ml), or very low (less than 15 ng/ml). The scientist then followed them to see if they developed some form of heart disease.

Increase your webinar performance with expert tips and advice

Get expert advice and tips from the online marketing solutions team at Decision News Media. After you attend this freeweb seminar, you will know how to create compelling webinar content, how to sharpen your presentation skills and how to promote your webinars effectively... Click here

Commenting on the significance of the results, Brent Muhlestein, director of cardiovascular research at the Intermountain Medical Centre, said: “This was a unique study because the association between Vitamin D deficiency and cardiovascular disease has not been well-established.”

Muhlestein went on to say the previous studies have demonstrated links between vitamin D deficiency and risk factors related to heart disease like blood pressure, glucose control, and inflammation.

This latest research is distinct from these studies because it tackles the link between vitamin D and heart disease directly. And although the study is only observational, Muhlestein said it is based on a population pool in Utah that is well suited to the task in hand.

“For example, because of Utah’s low use of tobacco and alcohol, we were able to narrow the focus of the study to the effects of Vitamin D on the cardiovascular system,” said Muhlestein.

In any case, he said the conclusions create an impetus for further study.

“We believe the findings are important enough to now justify randomized treatment trials of supplementation in patients with Vitamin D deficiency to determine for sure whether it can reduce the risk of heart disease,” added the researcher. 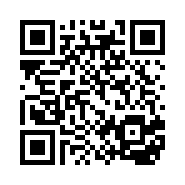